The Feast of Stephen

Good King Wenceslas look’d out,
On the Feast of Stephen,
When the snow lay round about,
Deep and crisp and even;
Brightly shone the moon that night,
Though the frost was cruel,
When a poor man came in sight,
Gath’ring winter fuel.

“Hither, page, and stand by me,
If thou know’st it, telling,
Yonder peasant, who is he?
Where and what his dwelling?”

“Sire, he lives a good league hence,
Underneath the mountain;
Right against the forest fence,

“Bring me flesh, and bring me wine,
Bring me pine logs hither:
Thou and I, we’ll see him dine,
When we bear them thither.”

“Sire, the night is darker now,
And the wind blows stronger;
Fails my heart, I know not how,
I can go no longer.”

“Mark my steps, be brave, my page;
Tread thou in them boldly;
Then thou’lt find the winter’s rage
Freeze thy blood less coldly.”

In his master’s steps he trod,
Where the snow lay dinted;
Heat was in the very sod
Which his foot had printed.
Therefore Christian men, be sure,
Wealth or rank possessing,
Ye who now will bless the poor,
Shall yourselves find blessing.

Although strongly criticized by the purists, and compilers far more learned than I, this popular carol is one of my favourites. It was written by John Mason Neale and published in 1853, the music being a Finnish melody for spring, dating from three hundred years earlier. But who was King Wenceslas and who was St. Stephen, whose day many of us now celebrate as Boxing Day, 26 December?

Wenceslas was Duke of Bohemia in the tenth century. A Catholic, he attempted to spread Christianity among his people and so was murdered by his brother Boleslaus (also Boleslaw and Boleslav). Wenceslaus (original English spelling) was martyred following his death and is the Patron Saint of the Czech Republic. His Saint’s Day is 28 September. The regal dignity was conferred on him posthumously by Holy Roman Emperor Otto I, according to the Catholic Encyclopaedia. The carol tells of a legend connected with Wenceslas’ life.

John Mason Neale set his words to ‘Tempus adest floridum’ or ‘The Time is Near for Flowering’, a spring carol of Finland, which first appeared in the collection ‘Piae Cantiones’ of 1582. Good King Wenceslas was first published in 1853, in a collection entitled Carols for Christmas-Tide by Neale and Thomas Helmore.

The Feast of Stephen is the Saint’s Day of Saint Stephen, in the west nowadays more usually referred to as Boxing Day. Stephen, who died circa AD 35, was the first Christian martyr. He belonged to a primitive Christian community in Jerusalem and is mentioned in Acts as one of those seven who were ‘of good repute, full of the Spirit and of wisdom’ chosen by the community to support the twelve apostles. Stephen is given credit as ‘a man full of faith and of the Holy Spirit’. He apparently died (stoned to death) near the so-called Damascus Gate in the northern wall outside Jerusalem, killed by a mob. His death is celebrated on 26 December in the Western Church and 27 December in the Eastern Church. Some countries commemorate him on 9 January, the same day in the Julian calendar. Stephen is the Patron Saint of Serbia and his day is a public holiday in many countries.

In Finland, there is a tradition whereby sleighs pulled by horses take to the village streets in the merry ‘St. Stephen’s Day ride’, a chance for the people to rejoice following the piety and silence of Christmas. Other old traditions include parades of singers and people dressed in festive costume. 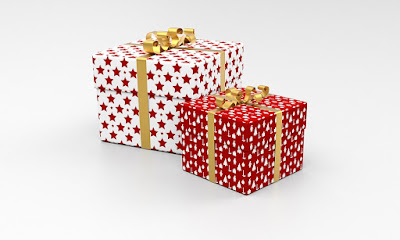 In Ireland, Boxing Day is still sometimes called Wren Day. It was once the case that a wren would be killed, then carried by children from house to house, asking for money in exchange for a wren’s feather, which was believed to bring good luck. Visiting each house on St. Stephen’s Day is a tradition which survives in many countries, particularly in Scandinavia, where the day is spent in partying and going to see friends.

By the Regency, Stephen’s feast day had become a day for the wealthy to give Christmas boxes to their dependents, either servants or tradespeople who had given them good service through the year. While the term Boxing Day was most likely coined by the Victorians, who so liked to propound the myth and customs of Christmas, the tradition of giving ‘boxes’ of money or a small gift certainly predates the 1800s. In his diary entry of 19 December 1663, Samuel Pepys states ‘Thence by coach to my shoemaker’s and paid all there and gave something to the boys’ box against Christmas.’

There is some conjecture as to when the custom originated – it may have been in the Middle Ages with alms put in boxes for the poor, but there is no doubt it was in existence by the Georgian era. Required to work on Christmas Day to provide for the family they served, servants were often allowed to visit their families on the Feast of Stephen, clutching boxes of leftovers and largesse from their employers. However, it must be remembered that in those times Christmas wasn’t necessarily a public holiday, as it is now. For many it was just another working day.

Posted by Heather King Author at 15:43