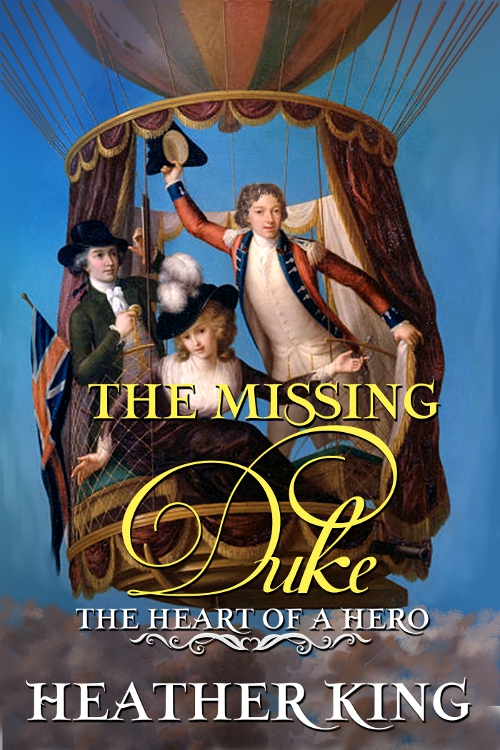 ***They were not filled with hot air except at first. Smoke was used in early experiments to inflate the balloons but it was soon discovered that they would descend rapidly as soon as the air was used up. Hydrogen gas, which was created by the action of water and sulphuric acid on iron and zinc shavings, then passed through a cask (open at the base) immersed in a copper of water and pumped into the suspended balloon, was found to be easier to replenish.

***In August 1783, the first hydrogen balloon was made by Jacques Charles and the Robert brothers. It was made of strips of silk, stitched together and then varnished with a solution of turpentine in which rubber had been dissolved. Alternate strips of red and white, the solution discoloured the white silk to yellow. The balloon was approximately thirteen feet in diameter (thirty-five cubic metres) and able to lift nine kilos. It flew north for three-quarters of an hour before landing twenty-five kilometres away.

***The Montgolfier brothers, Joseph and Etienne, are considered the pioneers of balloon flight. On 15 June 1783, they produced a sphere constructed of ‘a covering of cloth lined with paper’ and inflated it with smoke. It then rose into the air and travelled more than 7,000 feet, to the astonishment of their audience at Annonay.

***The first ‘passenger’ flight was on 19 September 1783, when the Montgolfier brothers sent aloft a sheep, a duck and a cockerel in their balloon called Aerostat Réveillon.

***Foremost British aeronaut, James Sadler, was a pastry cook from Oxford. He had no education, was self-taught and developed his fascination for ballooning behind the family shop, The Lemon Hall Refreshment House. He became a celebrity, feted everywhere. He was invited to perform a balloon ascension in Hyde Park for the Peace Celebrations in July 1814.

***The first manned flight in a hot-air balloon was made from the Bois de Boulogne near Paris on 21 November 1783 in a Montgolfier brothers’ balloon. One type of hot-air balloon is called Montgolfière after the brothers. 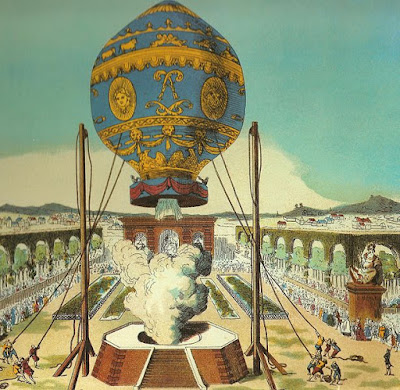 ***On 21 October 1783, Jean-Francois Pilâtres des Roziers and the Marquis d’Arlandes made the first free aeronautic voyage from the gardens of La Muette near Paris. Rising to 250 feet, and carried by the wind, they flew over Paris. The balloon was controllable through a smoky fire in an iron basket beneath the balloon, but embers threatened to burn the balloon, so they had to descend before their fuel supply was used up.

***A tragic accident occurred on 15 June 1785 when a double balloon manned by Jean-Francois Pilâtres des Roziers and his brother Romain attempted to fly across the English Channel from Boulogne. The gas caught fire, engulfed the balloon, which crashed to earth. Both men died as a result and a memorial was erected on the spot where they fell, near Wimereux.

***The Montgolfier brothers’ first balloon lost gas because the pieces of the cover were held together with buttons and button holes.

***The first manned flight in a hydrogen balloon in England was made by Vincent Lunardi on 15 September 1784. Ascending from the Artillery Ground in London, he flew twenty-four miles and landed in Hertfordshire.

***The first manned ascension (tethered) was from the gardens of the Faubourg St. Antoine on 15 October 1783, in a machine created by the Montgolfier brothers. It was manned by the intrepid Jean-Francois Pilâtres des Roziers, who rose to a height permitted by the eighty-foot ropes for over four minutes. On 19 October, before a crowd of 2000 people, Roziers ascended to a height of 200 feet for six minutes. In a second ascension the same day, he remained eight and a half minutes through having a fire under the balloon.

***The first manned flight in a hydrogen balloon was made before thousands of onlookers a few days after Roziers and Arlandes, by Professor Jacques Charles and Nicolas-Louis Robert, from the Jardins des Tuilleries in Paris on 1 December 1783. 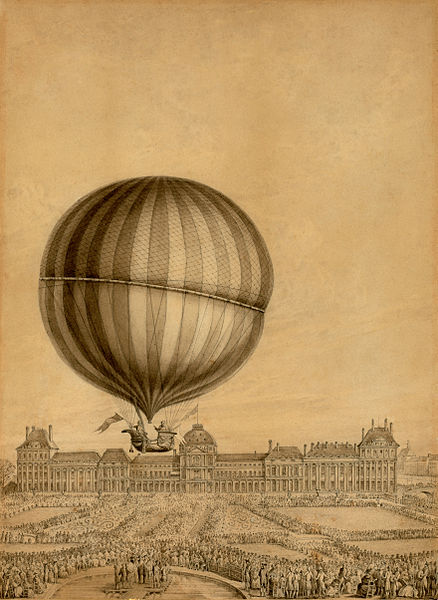 ***The first aeronaut to cross the English Channel was Jean-Pierre Blanchard (with American doctor John Jeffries) on 7 January 1785.

*** James Sadler’s first manned flight took place on 4th October 1784, at 5.30 in the morning, from Merton Gardens, Oxford. The balloon was blown towards Woodeaton, six miles away, and landed safely having reached a height of 3600 feet. The event was recorded in The Oxford Journal at the time.

***James Sadler was the first to use coal gas and also created hydrogen from neat sulphuric acid combined with iron and zinc filings, only he captured it in a quilt.