Falling Down A Research Rabbit Hole...

This is something I do on a regular basis. All authors will relate, I am sure – especially historical ones. 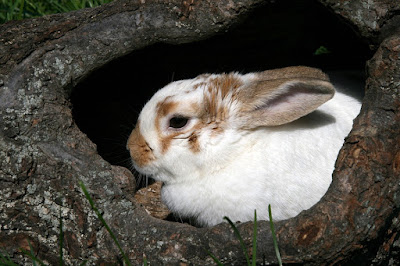 You set out with the best of intentions. There are one or two things you need to clarify; a date, perhaps, or some information about a place your characters are visiting, and you type in your keywords accordingly. It is a downward spiral from there.


The list of pages comes up. Perhaps what you are looking for is not there. You key in alternatives, scroll down the page... and bingo! Something catches your eye; something which isn't actually connected to your query, but which will be useful to have. Since you know you will never find it again if you don’t look at it now, you investigate... and start reading. Other interesting points are raised; you follow the clues, going off at a tangent, even so far as to download this free book because it has so much information you will be able to use in future novels. Before you know where you are, the morning/afternoon has gone and it is time to feed family/pets/self. Does this sound familiar? I can see you all nodding.

This happened to me in a major way with my latest novel The Missing Duke. You cannot force creativity and I had been struggling to find a good story for the brief, so the deadline was looming with frightening rapidity. I am not a speedy writer; I have to find a word, description, historical detail or plot line before I can continue. The story has to evolve as I write, I cannot just scribble it down and edit later. That is just the way I am and it does mean I don’t have to do as many drafts as some writers. So – I am sure you can see where I am going with this – there I was, with my deadline terrifyingly tight, plus extra hours at the Day Job, and my characters decided to throw me a googly.


The hero suddenly needed to travel to Dover. I duly searched for guide books to the town during the Regency. I found a very helpful person had detailed all the hotels and got lost with Alice for days while I sought the landlord of my chosen hotel in 1814, found photos and details of shipping, passports, packet boats (and captains), luggage and authorities for same. Then the pesky hero sent the heroine to Paris. I had not foreseen that! I was delighted to find a book from 1814, detailing travel from Dover to Paris, including descriptions, hotels, money, posting regulations and more. I did not come up for air for at least four days, not least because I kept finding other books detailing Paris at the time of the restoration. Discovering the theatres, cafés, parks and amusements of Paris during the Regency was a total fascination. I found little gems of historical ‘colour’ I just had to include in the story! You will have to read the book to see if they made the final edit.

I had already sourced information on hot air balloons, a main theme of The Missing Duke, but once again, my characters made life difficult. My planned flight across the Channel (with associated queries involving distance, winds etcetera) did not fit in with their lives – or at least not in the way I had envisaged. Oh no. The title character wanted white silk, which would be stained by contemporary fire and waterproofing methods. Off I burrowed again, this time to find possible-for-the-time solutions he could ‘invent’.


I do sometimes wonder if I was a mole in another life. 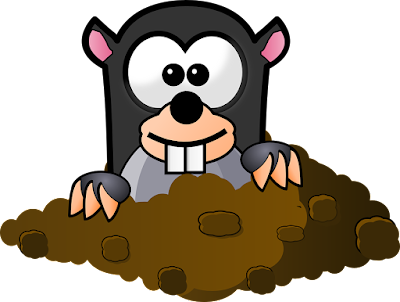 There were dozens of questions I needed answers to for this project, but perhaps one of the most enjoyable diversions was discovering the private garden known as Mousseaux. Nowadays, the Parc Monceau in Paris is open to the public and is popular with families. It is open every day from sunrise to sunset, with longer access in summer. There are play areas, cafés and free wi-fi. Although many of the original features have survived, the park’s atmosphere has subtly changed.

It took some digging to ascertain the two names actually applied to the same property and one of my discovered tomes, by Lady Morgan and written in 1817, confirmed my suspicions. It is also mentioned briefly by Edward Planta in 1816. Mousseaux was the garden designed by writer and painter Louis Carrogis Carmontelle for Philippe, Duke of Orleans. The Duke was a friend of George IV and a lover of all things English, so his garden was laid out in the English style, far less formal than the usual design of French gardens. We are familiar with the word parterre from the great country houses of England, the geometric lay-out of flower beds enclosed by low hedges. It should be of no surprise that the word is French.

Mousseaux was completed in 1779 and set out with a colonnade of columns bordering an irregular-shaped lily pond, an enchanted grotto, a farmhouse, the Temple of Mars, an Egyptian pyramid, a minaret, statues, a windmill and a vineyard. There was also a ‘Gothic building’ which was used as a laboratory. There was a bridge reminiscent of the one depicted on the so-called ‘Willow Pattern’ china (first produced by Josiah Spode), which crossed a stream and paths intersecting the space. There was even a ‘mountain’ near the centre. Oriental and exotically dressed servants were a feature of the park, along with a small menagerie. Like most such ventures, improvements continued to be made in the ensuing years. A wall was added to the northern boundary in 1787, including a rotunda, called the Pavilion de Chartres. A Doric temple, it was designed by Claude Nicolas Ledoux. It was a Customs-house on the ground floor, while above, an apartment maintained for the Duke enjoyed a view over the garden.

The Duke of Chartres, otherwise styled the Duc D’Orleans was infamous even then. He scandalized and intrigued Society by turns. Secretly, many of the beau monde were titillated by the stories that circulated of the Duke’s wild parties. Lucy, my heroine in The Missing Duke is shocked to discover that his house (the rotunda) was little more than a Greek pavilion. Here is a short excerpt:


Here were situated the Gardens of Mousseaux, created by the infamous Duke of Orleans, who had held court over political intrigues and debauched scenes of pleasure, the Duchess of Wardley informed them with a certain relish. Having dismounted from the carriages, the party entered the gardens, which Lucy discovered to be both extensive and laid out with exquisite taste. The house was actually a Greek pavilion, cool and elegant; a classic-styled building at variance with the unchaste tales being bandied about by the gentlemen. She tried not to listen, but really, it was difficult not to overhear, for their voices floated back to the ladies where they walked behind.
The garden, described by one gentleman as ‘Les folies de Chartres’, was designed in the English style, with Gothic ruins, Greek temples and cascades devoid of water. There was an irregular-shaped pool in the centre, with a semicircular colonnade of Corinthian pillars bordering one end. The ladies gasped, for it was most picturesque, with overhanging trees and shrubs surrounding the pond. While the servants laid out the picnic, the Duchess’ guests wandered in small groups along the various promenades, gossiping or discussing matters of the moment.
Not to put too fine a point on it, he liked a good orgy!
By the time of the Regency, the Duke of Orleans had long gone, lost to Madame Guillotine during the Revolution, but his gardens remained, if not quite in their former glory, to be enjoyed by the elite of Paris. Following the restoration of the monarchy, the gardens were restored to the Orleans family, only being purchased by the City of Paris in 1860.

I became lost in the shrubbery of two other gardens in Paris, namely the Tuileries and the Jardin des Plantes – the Botanical Gardens to you and me. A pivotal scene between my hero and heroine occurs in the latter, so I once more delved into the joyous pits of plans and maps. I do love historical maps and ground plans of houses, estates and gardens. It all helps to add authenticity to my writing if I can ‘time slip’ my characters into the actual places they are visiting. Imagine, then, my joy when I discovered a delightful titbit in one book which not only allowed my heroine to express concern and pleasure, but in this more enlightened age, to demonstrate that in previous eras caged animals were not always just incarcerated without consideration.


Shall I tell you what it is? No, it will spoil the story!