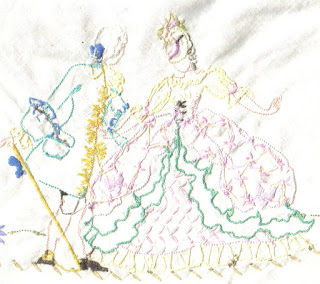 Sorry folks, but A Sense of the Ridiculous has been delayed through forces beyond my control. The new release date from Musa is now November. In the meantime, enjoy the following snippet. Heather

As Richard closed the yard door, a tiny sound somewhere above his head made him stop and listen. There was a rustle and a miniscule snap, as manifest as a gunshot to his ears—which were straining for the least sound—though he doubted he would have noticed it ordinarily. Holding his breath, he waited again. The night was cloudy and there was no moonlight, but he could make out the shape of the garden door as it very slowly began to open. She certainly did not lack courage, this girl. He stood with legs apart and arms folded across his chest, right in front of the door. He surmised that, expecting him to have gone to bed, she had climbed down the creeper, which grew up the wall around her window.
Slipping through the garden door, she closed it behind her with a tiny click and turned straight into his chest. Her screech of alarm died in her throat, curtailed in an instant by his calloused hand over her mouth. As she pressed back against the rough wood of the door, her fear gave him a somewhat wicked relish. He stepped closer in as menacing a manner as he could summon. Her chest heaved, her heart thumping loud enough for him to hear, and she tried to edge along the wall towards the house. Grinning into the darkness, he barred her way with a brawny arm and leaned against the stone. Putting his hand in a similar position on her other side, he pinned her against the wall. He waited while several seconds elapsed before he spoke, a deliberate strategy to punish her a little. When he did speak, it was in a conversational tone.
“Do you ever do as you are bid, Duchess? What is to be gained by this? Setting aside the gross impropriety of your conduct, did you not think Ned and I would notice you asleep in the stable? Or were you planning to hide every time one of us came in?” He sighed, rubbing his face. “I sincerely pity the poor man you marry. I doubt he’ll have a moment’s peace. Now take yourself off to bed and stay there, or I shall remove from your room every stitch of clothing, saving your nightdress.” Her sharp intake of breath informed him that his words had at last gone home. He pressed his advantage. “And don’t you think I won’t, either. I shall have no compunction, I assure you.”
Standing back, he made way for her to return to the house. White-faced in the grey light, she glared at him.
“You are no gentleman,” she said in a lofty tone, marching past him with head held high. As the yard door closed behind her, he shook his head, and chuckling deeply, he crossed the cobbles to the stables.

Posted by Heather King Author at 09:04