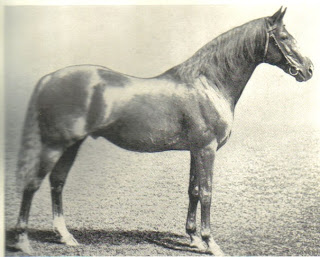 Traditionally, and in particular at the country houses of the Georgian era, stables were in long brick or stone buildings, often within a courtyard. A narrow passage gave access from the stable yard to the horse accommodations and harness rooms, if the latter were not sited in a separate building. In the space above the stables, fodder was stored in a hayloft, or living quarters were provided for the grooms and other stable staff. Within the courtyard there was a coach-house as well as feed rooms and other storerooms. It was even known, in some larger establishments, for there to be a washing-down house.

The horses were generally housed in what we would now call stalls, tied with a stone or wooden weight on the end of the rope (‘log and rope’). A leather or rope halter was used to secure each animal, leather being preferable since it would break in an emergency. Loose boxes were far less common than they are today due to the space they occupied; those there were tended to be kept for stallions or a foaling mare. Young and breeding stock were usually kept at pasture, but most working horses spent their leisure hours stabled so that they were on hand when required. They were bedded on thick straw, since that was freely available, the choice of rye, wheat, barley or oat straw usually dictated by the crops grown on the estate.

Feed usually consisted of hay and oats. A horse is designed to eat small quantities of food often. In the wild they will feed in a pattern of grazing and resting throughout a twenty-four hour period. They have also evolved to subsist on large amounts of forage. Stabled care must reflect this, the individual’s diet adjusted in order to provide sufficient forage to maintain the digestive system and the correct quantity of grain in relation to the level of work expected. A racehorse or hunter required several pounds of oats a day in order to gallop, whereas a coach horse, needing stamina, may well have had peas, beans or maize, feeds which are heating but less ‘enlivening’ in effect than oats. High spirits within the shafts can have dire consequences. Horses doing slow work such as ploughing were often fed barley, as it has a slower release of energy into the system and is good for maintaining condition (weight). Roots such as carrots, swedes and beets would have been given in season to add interest and wherever possible ‘green meat’ (fresh grass) was cut if time at pasture was not feasible. Hay was provided in either a metal hay rack or a wooden manger.

Basic horse management has changed little over the centuries. Writing in the early seventeenth century, Gervase Markham recommended that following a half-day’s hunting, the horse should be rubbed until dry, then unsaddled and his back rubbed. Having been rugged up with a rug secured by ‘a surcingle well padded with straw’, he should be given ‘a feed of oats and hemp-seed, the gentlest and easiest scouring for a horse’. Approaching two hundred years before the Regency, therefore, the importance of resting, after strenuous work and before a day off, the digestive system of a fit horse eating large quantities of grain, was recognized if perhaps not fully understood. Nowadays we would consider this a ‘sudden change of diet’ and something to be avoided, but for many years a bran mash has successfully been the traditional feed for horses following a hard day’s hunting, because it is easy to digest.

Herbs were used to remove internal parasites – what we would now term ‘worming’ – and for medicinal purposes, the same as for humans. Rugs, blankets and sheepskin pads were employed by Regency grooms just as they are by the horse owners of today.

The groom (or ostler in a coaching inn) was always male. In the stables of a gentleman, there would be a head groom, several under-grooms and also a stable boy or two. Often the head groom would be responsible for teaching the daughters of the house to ride and thereby frequently held a position of respect and licence. He was usually provided with a cottage on the estate, invariably sited near the stable yard and his charges. He was responsible for the smooth running of the stables, from hiring and firing staff, to ordering feed and sending horses to the farrier. These were walked to the blacksmith by an under-groom, sometimes as far as the next village.

The groom’s day was long. It would begin early, in order that the horses could be fed, mucked out and groomed before the household required their mounts or carriage horses. The stables and yard would thus be immaculate by the time the master ventured forth and the horses would have had opportunity to digest their food prior to work. After work the groom would rub the horse down to remove sweat and any mud or dirt and walk him around to cool off (no fancy sweat rugs to remove moisture then!) The horse was then groomed thoroughly. Unless allowed out to pasture, all the horses had to be fed and watered three or four times a day as well as having their hay replenished at regular intervals. Where there was a hayloft above, the forage was forked via trapdoors into the wooden or iron mangers below. Water buckets and troughs within the stable were scrubbed meticulously every day, as horses require fresh, clean water at all times. The stone trough in the yard received less frequent attention. Water becomes tainted by standing in the stable for too long; horses are finicky and may well refuse to drink, and while they can live without food for a month, they can only survive for forty-eight hours without water. In addition, rugs and harness needed mending and/or cleaning, the muck heap had to be ‘squared off’ to limit flies and smell, and all paths swept. It is little wonder that grooms were often small, wiry men, since their workload ensured there was always plenty to be done with little room for idleness! At the end of the day the head groom took a late check around, just before retiring, to ensure all was well.

Stabled horses – as in hunting yards today – were groomed probably three times every day. The first was to make the horse presentable for exercise; the second took place after work and was a thorough grooming (strapping) to keep the horse healthy and gleaming, while the final ‘set fair’ was designed to ensure he was comfortable for the night. The groom had to roll up his sleeves and work vigorously with brush, currycomb and stable rubber to ensure the horse had a glossy coat which was free of dust or grease. It was (and still is) considered a mark of shame for a horse to leave his stable with straw in his tail or a stable stain on his flank. A wisp – a plaited hank of straw or hay – was used to promote muscle tone and bring the natural oils to the surface to improve the coat’s shine. The horse’s hooves were picked out several times during the day, both before and after work and last thing at night. This was essential to keep the feet healthy by the removal of muck, mud and stones. Should one of the latter become lodged in a horse’s foot, it can cause bruising and even lameness. No nineteenth century groom worth his salt would have allowed one of his charges to become lame in such a manner through his negligence.

The horse was ‘short racked’ (tied up short) with a small hay net to occupy him, then all manure and soiled straw removed with a pitchfork to a muck sack. The groom worked efficiently and methodically, tossing the clean straw to one side of the box so that the floor could be swept. When the floor was dry, a day bed was put down to encourage the horse to stale (urinate) and lie down. Droppings were skipped out at regular intervals throughout the day and then at evening stables, the bed was again mucked out, a deep bed with thick walls being laid for protection and warmth. Fresh straw was added at this time where required. A good bank of bedding around the walls of the box or stall offered protection from injury and draughts and also helped to prevent the horse becoming ‘cast’ (unable to rise) by lying too close to the wall or beneath the manger.

Horses have evolved to wander the vast grassy plains of the world in large numbers, grazing sporadically. Man has appropriated them for his own use, enclosing them in small fields and paddocks and shutting them in stables. If stabled horses do not receive time at pasture, they must be exercised or worked instead, else bad behaviour and vices (pawing, stamping, kicking the door, weaving, crib-biting) will result. It was thus the job of the Regency groom to quietly exercise about the estate those horses not required by members of the household or their guests. This frequently involved the groom riding one horse whilst leading one, or even two, others. In a portrait of 1793, George Stubbs painted the Prince of Wales’ groom, William Anderson, employed in this manner with two saddle horses.

One of the most famous quotes in history is, ‘A horse, a horse, my kingdom for a horse.’ Use this as a first line and see where it takes you...

Have fun, Heather.
Posted by Heather King Author at 14:28