As Christmas approaches, I take a look at some Regency customs and food.

Yule was originally the name of a pagan midwinter feast lasting twelve days. Nowadays Yuletide is an old word for Christmas, although the name was still used in Scotland and the North of England in the latter decades of the twentieth century. The festival lends its name to various traditional items. 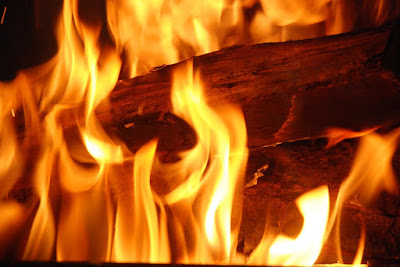 Most of us are familiar with the 'Yule Log'. Originally, this was an enormous bough of a tree, felled and brought into the house with great care and ceremony – various strictures had to be obeyed, such as handling it with clean hands – and it was lit on Christmas Eve with a fragment of the previous year’s log. It was considered bad luck for it to go out, so it had to be large enough to burn for the Twelve Days of Christmas. It was also considered bad luck for it to be touched by a barefooted woman or a visitor with flat feet! Today, it is more often served in the form of a cake, usually a Swiss Roll covered in chocolate buttercream icing. 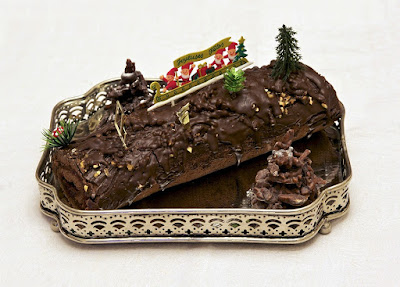 The 'Yule Candle' is one with a garland of winter foliage. It must be large enough to last the whole of Christmas Day or else bad luck will befall. 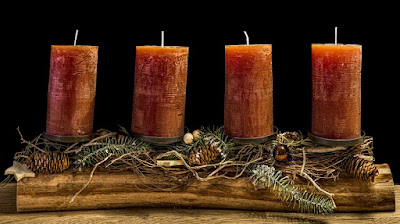 'Yule Dough' or 'Yule Cake' was a kind of bread, made from white wheat flour, yeast, lard, brown sugar, currants, egg and sweet spice. This was made in the shape of a baby in many parts of the British Isles. In his ‘Observations on Popular Antiquities’ of 1777, John Brand states, “The Yule-Dough ... a Kind of Baby or little Image of Paste, which our Bakers used formerly to bake at this Season, and present to their Customers.” ‘Oop North’ in Yorkshire, each member of the family was given one.


A recipe from Cassell’s Dictionary of Cookery, 1892

Yorkshire Spice Cake (sometimes called Yule Cake).—These cakes are made in large quantities in Yorkshire families at Christmas time. They are freely offered to strangers and presented to friends, and are frequently eaten with cheese instead of bread.

Put eight pounds of flour into a bowl, and mix a tablespoonful of salt with it; then rub into it a pound and a half of butter, and two pounds of lard. Scoop a hole in the centre of the bread without touching the bottom, and pour in half a pint of fresh sweet brewer's yeast mixed with water. Stir flour into the yeast till it is like batter, sprinkle flour over the top, and set the bowl in a warm place.

When the yeast rises in bubbles through the flour, knead the dough thoroughly as for common bread, and let it rise till it is light. When risen, work in with it six pounds of currants, picked and dried thoroughly, three pounds of raw sugar, some grated nutmeg, and eight well-beaten eggs. Divide it into loaves of various sizes, put these into tins which they will half fill, lined with buttered paper, and bake the cakes in a well-heated oven. The yeast must on no account be bitter. Time to bake the cakes, according to size.

'Yule Pudding' is a custard-style concoction baked in a puff-pastry case like a tart.

Another recipe from Cassell’s Dictionary of Cookery, 1892

Yule Pudding.—A quarter of a pound of butter; ten ounces of loaf sugar; the juice of two large lemons, with the rinds grated; one ounce of isinglass—the quantity after dissolved should be a large tea-cupful; and two spoonfuls of fine flour. Put these ingredients into a stew pan, stir over a slow fire, till the preparation nearly boils, then throw it into a basin and stir till almost cold; then add eight eggs, four whites, and half a wine-glass of brandy. A puff' paste is to be put entirely over a dish, and the pudding is to be baked half an hour.

Posted by Heather King Author at 13:13